Longmont Branch presented program on Living Wage for their community in late October 2019.  Notables from the Colorado Center on Law and Policy, the Longmont Area Chamber of Commerce, the Longmont Economic Development Partnership and the Longmont City Council took their places on the dais and provided the audience with a 360° view of this complex issue.  Those in attendance got a clear understanding that Living Wage issues include minimum wage (which is different than Living Wage), the cost of housing, the cost of child care (which can be as high as housing), and the cost of health care, just for starters. The bottom line takeaways from the forum were that there is a Living Wage problem in Boulder County that needs to be addressed and that the complexity of the issue means that a multi-pronged approach needs to be taken. This forum sparked a lot of interest particularly on the subject of affordable child care and our branch is going to spend some time wrestling with what “next steps” we should take as a branch. 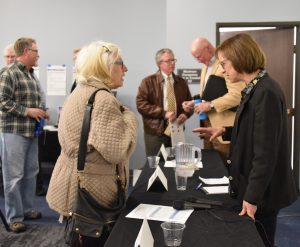 Members from the branch and community participated in the discussion. 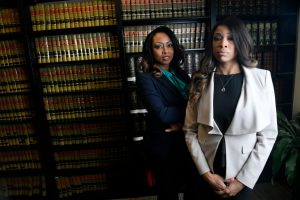 In 2017, long-time branch member, Nancy Kneipple, read in the Monday, January 23rd edition of the Denver Post about two women plaintiffs in the Jackson National Life Insurance Co. (Denver Tech Center office) lawsuit. Nancy was moved to “walk the talk” and proposed that the AAUW branch become involved with what the plaintiffs,  La Tonya Ford and Kimberly Funchess, were fighting.

Over the three years, Littleton-South Metro batch offered support and encouragement to the plaintiffs through letters of solidarity and maintaining interest in the process. In December, 2019 a settlement was reached. The Four-Year Consent Decree was documented in the January 10, 2020 Denver Post. Thirteen black employees, seven white women and one white vice- president who was fired for speaking out about the discriminatory practices had joined the lawsuit. All had endured a hostile work environment that included sexual harassment, racially demeaning cartoons, name and behaviors, compensation and promotion discrimination, and discrimination against women.

This involvement by the branch has been an inspiration for all of us who continue to work for gender equity and fairness.

Applying for the State Board?